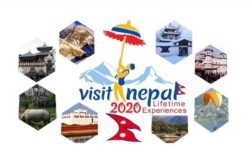 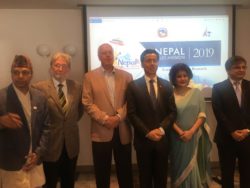 The Nepal Tourism Board along with leading Nepali Tour Operators organized the Nepal Sales Mission in the major tourist generating cities of Europe: Zurich, Paris and Brussels from 17-21 June, 2019. The Representative of Nepal to the Permanent Mission to the United Nations, H. E. Mani Prasad Bhattarai, the Ambassador of Nepal to France, H. E. Dipak Adhikari, and the Ambassador of Nepal to Belgium, Netherlands and Luxemburg, H. E. Lok Bahadur Thapa delivered the welcome address in Zurich, Paris and Brussels respectively.

The NTB showcased Nepal as much more than just mountains, focusing on the vast cultural, heritage, spiritual, natural aspects of Nepal and elaborated on the enhancements and new tourism products being introduced especially in the VNY2020. Emphasizing that Nepal is characterized by natural and cultural unity and diversity and the unique contrast of tradition and modernity is sure to offer visitors from all over the world a Lifetime Experience.

The audience was enthralled with the multitude of tourism offerings beyond adventure activities and very appreciative of the hiking trail for differently abled in Pokhara and the efforts made by Nepal in doubling the tiger population and conservation and expressed full support for the VNY2020 campaign. The numbers from the Benelux countires have shown a positive growth of over 31% in 2018 and we are confident that the numbers will grow strongly in the coming years. NTB was represented by Ms Nandini Lahe-Thapa, Sr Director – Marketing and Promotion and Mr, Nabin Pokharel, Manager- TMP. 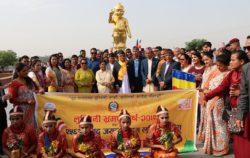 Buddha Jayanti, the day of the birth of Lord Buddha, is being celebrated across the country today.

Also known as Buddha Purnima, the day falls on Baishakh Shukla Purnima as per the lunar calendar, which is a full moon day.

Those celebrating visit Buddhist monastries and shrines to worship Lord Buddha, who is believed to be the messenger of peace, based on whose teachings Buddhism was founded.

Gautam Buddha, also known as Siddhartha Gautam, was born a prince to King Suddhodana of the Shakya dynasty of Tilaurakot — which is located in Kapilvastu, Nepal — and Queen Maya Devi.

The queen is known to have given birth to Buddha in Lumbini, while on the way to her maternal home in Devdaha, which falls in Rupandehi district of Nepal.

Government of Province 5, where Lumbini is situated, is organising an array of programmes today to mark the 2,563rd Buddha Jayanti, also the beginning of Visit Lumbini Year 2076 BS.

Prime Minister KP Sharma Oli reached Lumbini yesterday evening to participate in the events planned for the day, while President Bidya Devi Bhandari is scheduled to reach there today to attend various programmes.

Moreover, President Bhandari as the chief guest is scheduled to officially inaugurate the Visit Lumbini Year 2076 BS to be announced by Province 5 government, according to Lumbini Development Trust.

Buddha is believed to have received enlightenment in Bodha Gaya in the Indian state of Bihar, following which he started sharing his knowledge with his disciples. 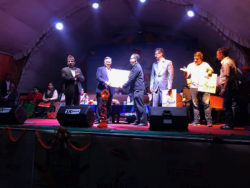 The first phase of the Visit Nepal Year 2020 tourism campaign declared by the government has been launched from the Komagane Park on the bank of the Phewa lake in Pokhara. Gandaki Province Chief Minister, Prithvi Subba Gurung, launched the programme on Saturday evening.

Addressing the programme, Chief Minister Gurung underscored the need of building the physical infrastructures for promoting tourism. He said all the three levels of governments – local, state and federal – should work for making the Visit Nepal Year 2020 successful.

Tourism should be linked with production, he said, adding that the Gandaki State has declared Year 2019 as the Internal Tourist Visit Year and the Year 2020 as the ‘Year for Visit by Tourists from Neighbouring Countries’, to support the Visit Nepal Year 2020.

It is said that 40 per cent of total tourists visiting the country visit Pokhara. Gandaki State government minister for industry, tourism, forests and environment, Bikas Lamsal said that the state government has recommended to the federal government to declare Pokhara as the ‘Tourism Capital of Nepal’.

He said the state government has focused on the development of 110 new tourism destinations in the Gandaki State and it was facilitating the promotion of 300 home stay services to promote rural tourism. Secretary at the Ministry of Culture, Tourism and Civil Aviation, Mohan Krishna Sapkota on the occasion said that the Gautam Buddha International Airport would be brought into operation by June 15 this year, that construction of the Pokhara International Airport would be completed ahead of the deadline and that works on building the Nijgadh Airprt were in progress.

He added that the goal of the Visit Nepal Year 2020 is to welcome two million tourists in the country in 2020 and through this to create one million jobs thereby contributing to boosting the national economy. President of the international relations committee of the federal parliament Pabitra Niraula Kharel, coordinator of the Visit Nepal Year 2020 Suraj Baidya, member of Nepal Tourism Board, Biplav Poudel, tourism entrepreneur Yogendra Shakya, Federation of Nepali Journalist (FNJ) Kaski chapter president Deependra Shrestha, among other speakers stressed on coordinated and concerted efforts from all sectors for making the VNY 2020 a grand success. 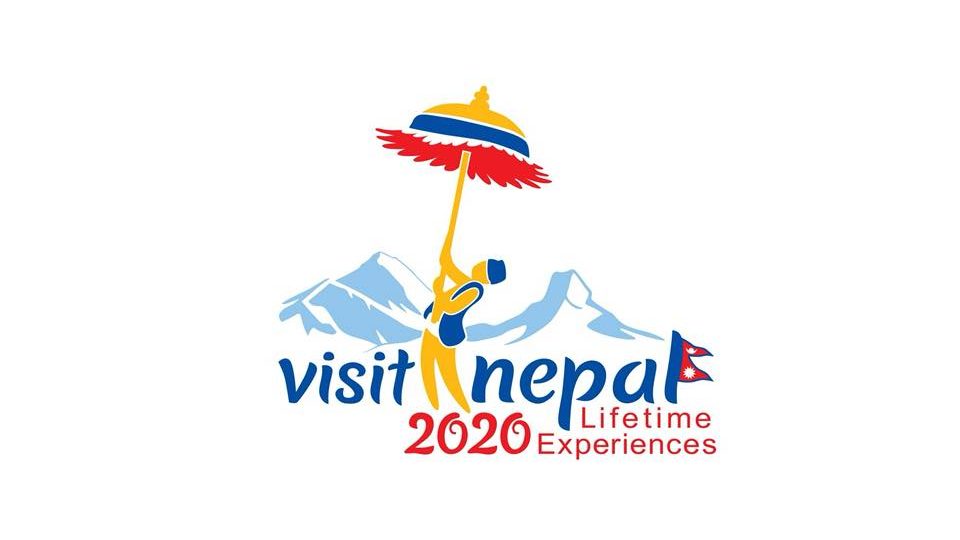 The Ministry of Culture, Tourism and Civil Aviation has planned the 2020 as Visit Nepal Year with the aim to increase the number of tourists to 20 Lakhs (20 Millions). Tourism vision 2020 Nepal has been set soon after the MOCTCA had planned to celebrate Visit Nepal Year in 2018 which was put off due to the delay in construction of airports (Pokhara and Lumbini), re-construction of heritage sites and roads. So, Visit Nepal Year 2020 will be the best time to celebrate the tourism vision year as the reconstruction of the heritage sites is expected to be completed before 2020. The Earthquake 2015 hit Nepal badly resulting in death of 2300 people and thousands of victim and homeless. After the Earthquake, the flock of tourists in Nepal decreased. Now, the tourism of Nepal has taken its path to grow and Nepal is receiving good number of tourists in the year 2017 and 2018. The announcement of the Visit Nepal Year 2020 will give a positive message to the world and the campaign will attract more tourists to Nepal. Recently, Nepal Government has published the official logo for Visit Nepal Year 2020 campaign. Landmark Forest Landmark Pokhara Creative Adventure Nepal Landmark Kathmandu Contact Us: E-mail: sales@samratnepal.com Phone: +977 – 9851030564 Location: Gairidhara, Kathmandu, Nepal. Website: www.samratnepal.com