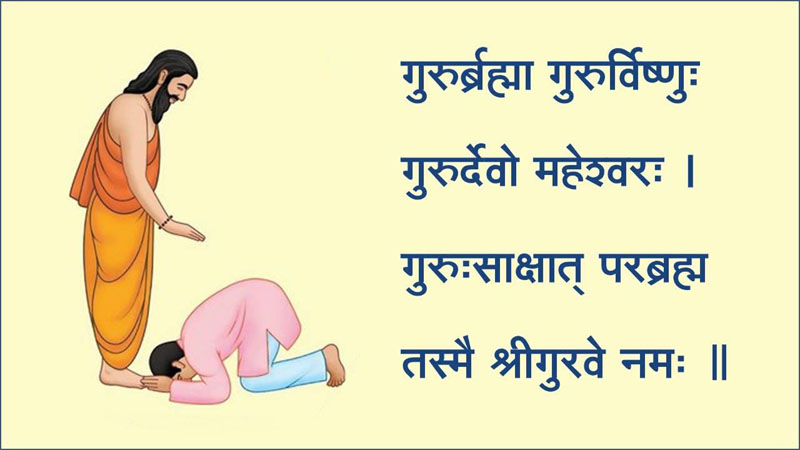 The Guru Purnima festival is being observed throughout the country today by paying reverence to all teachers.

The festival, also marked as Teacher’s Day, is observed on the full moon day in the Nepali month Ashadh as per the lunar calendar.

The day is dedicated to the gurus or one’s teacher who bestows the gayatri mantra for the first time during one’s bratabandh or the sacred thread ceremony, initiates one to reading and writing, reads out the vedic hymns during the religious rituals and other teachers in general. 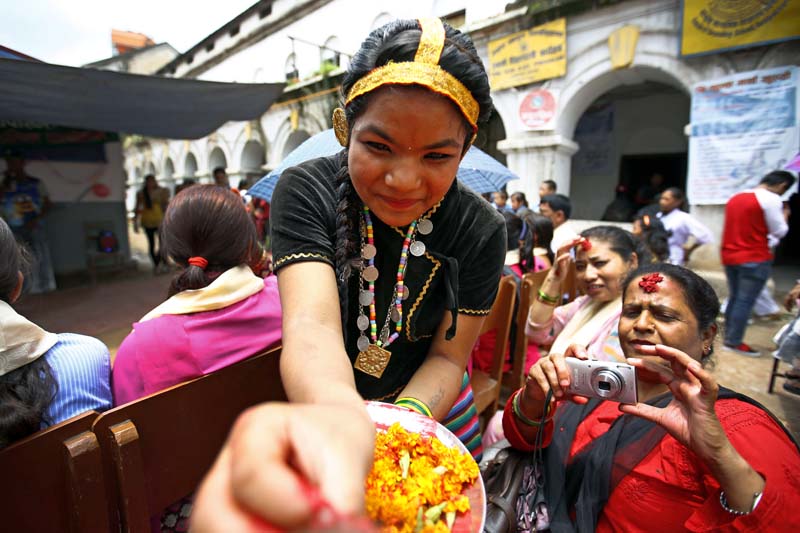 A schoolgirl applies tika to her teachers during Guru Purnima or Teacher’s day, a festival dedicated to teachers.

Etymologically, the word ‘guru’ is made of two roots ‘gu’ and ‘ru’. Gu means darkness and ru means light. So, the word guru means the person who removes the darkness of ignorance with the light of knowledge as per the tantric and religious texts.

Our religion also sees the teacher as the embodiment of the Hindu triumvirate gods Brahma, Bishnu and Maheshwar. The teacher is also considered as a form of god like one’s parents.

Schools, colleges and various organisations are marking Guru Purnima today by organizing different programmes and paying homage to the teachers.

Today also commemorates the Vyas Jayanti or the birth anniversary of the sage Ved Byas who wrote the 18 puranas and 18 upapuranas which explain the four vedas.

Through the puranas and the upapuranas, Ved Byas has radiated the message of humanism ‘Propakara punyaya, papaya parapidanam’ which means you earn piety and righteousness through welfare and charity but are cursed if you harm or cause pain to others.