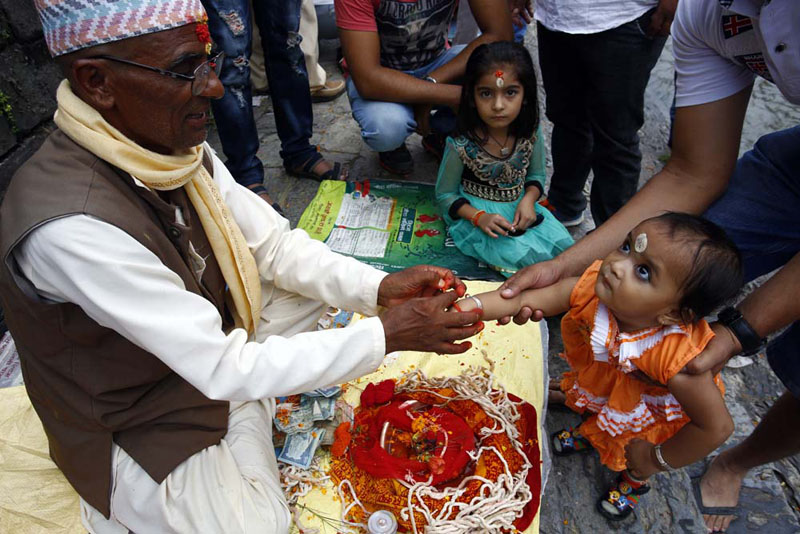 The tagadharis or those who wear the ‘Janai’ (the sacred thread) around their bodies from the left shoulder change the sacred thread on Tuesday after having a haircut and a bath on the occasion of ‘Janai Purnima’, also known as ‘Rishi Tarpani’.

This festival observed by the Hindus, especially of the Shaiva sect, on the full moon day in the Nepali month of Saun is also popularly known as ‘Gunhu Punhi’ in the Newar community.

According to the time-honoured tradition, the people receive the ‘Rakshya Bandhan’ thread, which is tied around the wrist as an amulet. The yellow thread is purified through the chanting of mantras by Brahmin priests as a symbol of protection from fear and disease. They also observe the occasion as ‘Kwanti Purnima’. 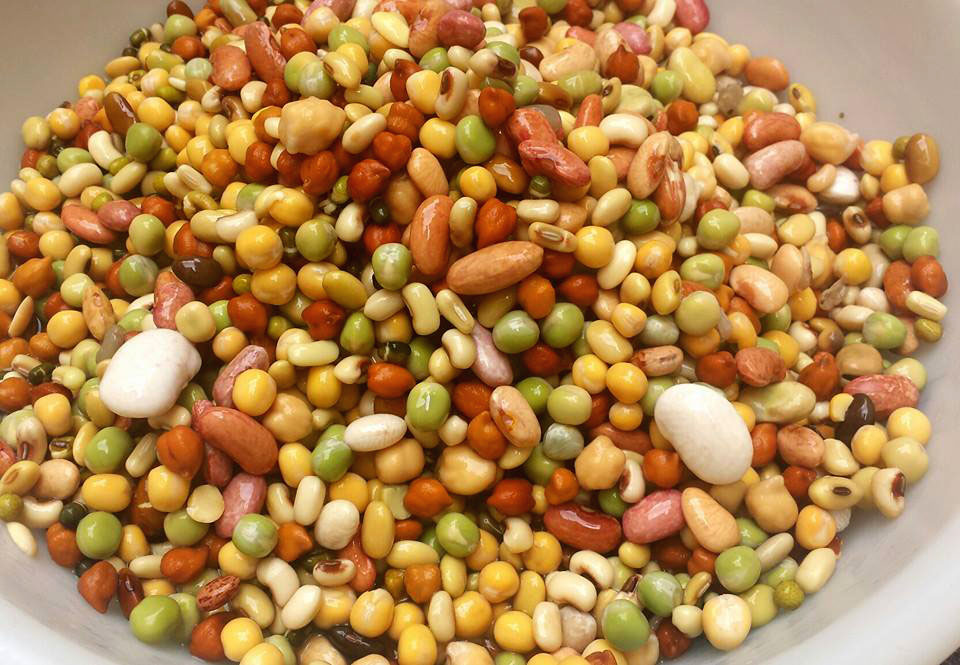 Kwanti a soup prepared from nine different beans, is a special delicacy added to the Nepali menu today.

The ‘Kulabarna Tantra’, a Tantrik scripture, says that the soup is highly nutritious and keeps diseases away.

In the Terai region, there is a tradition in which sisters tie an attractive ‘Rakhi’ around the wrist of their brothers wishing them long life and prosperity.

Thousands of devotees worship lord Shiva at Pashupatinath in Kathmandu and at Kumbheswor in Lalitpur and take holy dips in ponds and lakes. 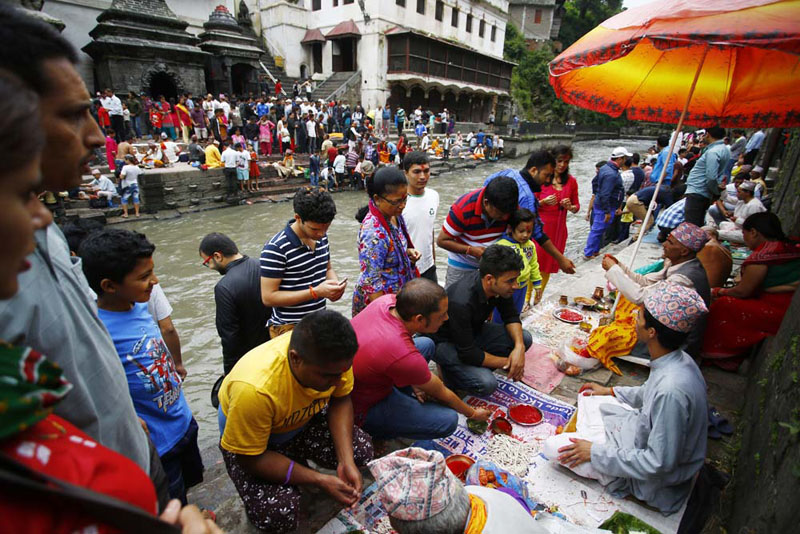 People in Pashupatinath Area gather to get Raksha Bandhan tied around their wrists on the occasion of Janai Purnima.

Religious fairs are held at Gosaikunda, an alpine area in Rasuwa District, and at Dansanghu, Triveni in Jumla district to observe the festival with offerings of worship to Lord Shiva. A big religious fair takes place at the Gosaikunda Lake and pilgrims come from faraway places to take a holy dip in this lake and other lakes nearby.

Religious fairs take place today at Pashupati and Manichud of Kathmandu; Gosaikunda of Rasuwa; Kumbheshwar of Lalitpur; Panchpokhari of Sindhupalchowk; Janakpurdham, Dhanush Sagar and Ganga Sagar of Dhanusha; Dansanghu of Jumla and Trivenidham of Nawalparasi. 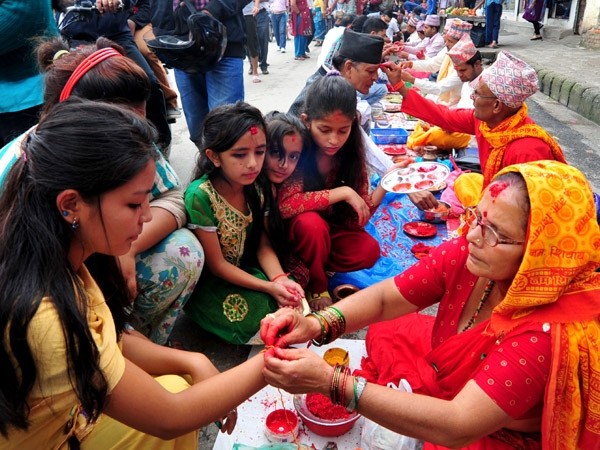 The Buddhists observe this day in commemoration of the day the Lord Gautama Buddha defeated the evil power of lust. This episode is well-described in the Buddhist scripture ‘Lalitbistar’. A special fair takes place at Swayambhunath of Kathmandu today for this reason.