Indra is Lord of Rain and the king of Heaven. Jatra is procession. Indra Jatra is celebration of God Indra’s Day.  Indra Jatra is festival of Kathmandu, the capital of Nepal.  Some believes Indra Jatra is thanking day to lord Indra for the rain. According to others, the festival is celebrated in the honor of Bahirab, who is Shiva’s manifestation and is believed to destroy evil. 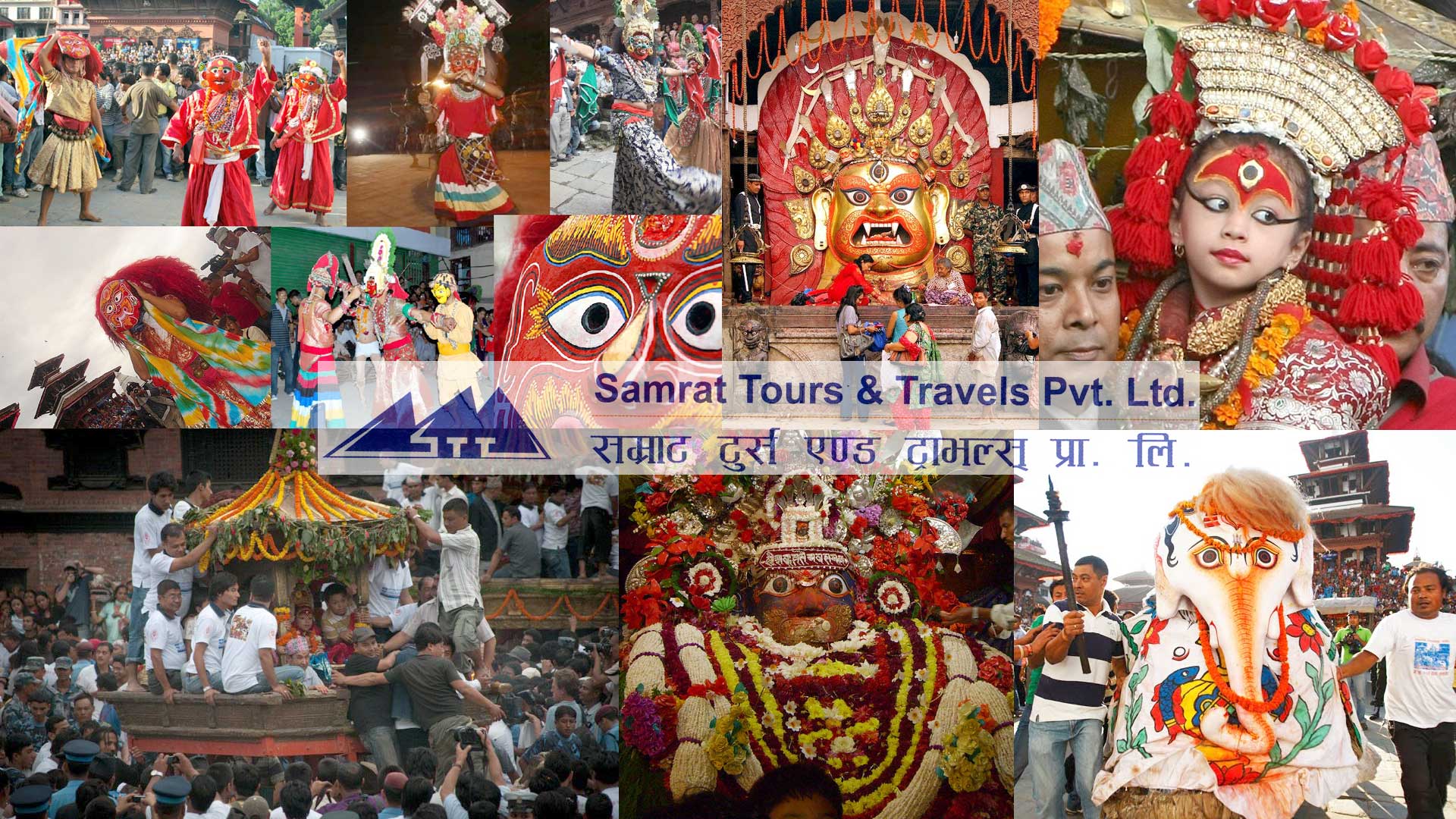 Indra Jatra begins every year from the day of the Bhadra Dwadasi to Ashwin Krishna Chaturdasi. It is an eight day long festival.

The festival begins with the carnival-like erection of The Linga (Yasingh), a ceremonial pole, accompanied by the rare display of the deity Akash Bhairab, represented by a massive mask spouting Jaad and raksi (Nepali local liquors). Households throughout Kathmandu (especially Newars) display images and sculptures of Indra and Bhairab at this time of year. This thirty-six feet long wooden pole (The Linga (Yasingh)) is chosen with great care from the Nala forest in Kavre district east of Kathmandu. 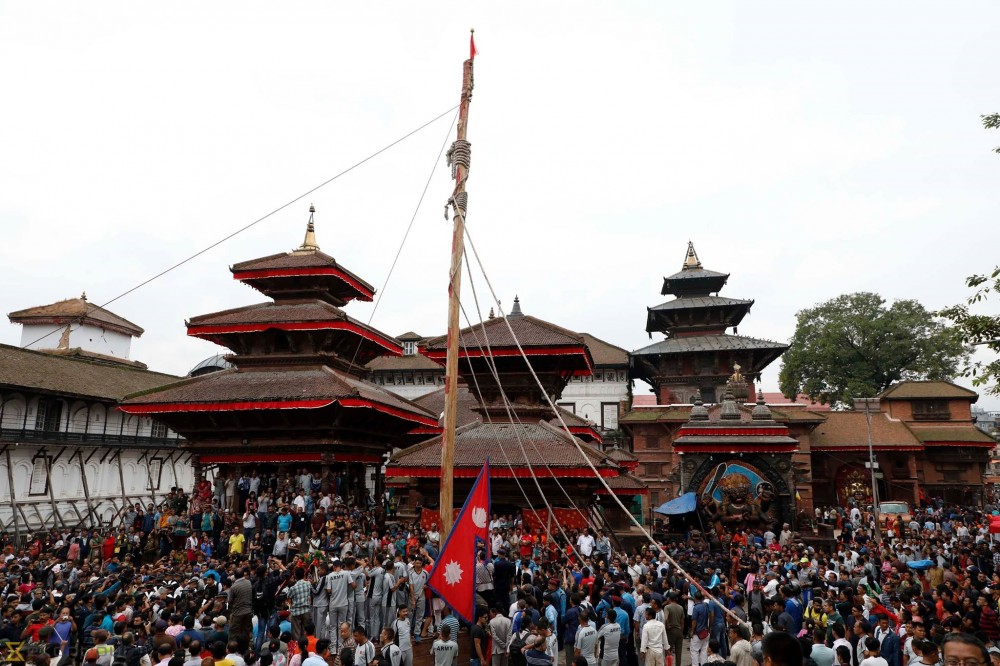 According to traditional beliefs, Indra had received this flag from Lord Vishnu for protection.

Finally, the Kumari (living goddess), leaves the seclusion of her temple in a palanquin and leads a procession through the streets of Kathmandu to thank Indra the rain god. The main attraction of the festival is the procession of chariots and masked dancers representing deities and demons. Indra is called Yanya in Newari. Jaad (Nepali local liquor) flows from the Bahirab statue, which is remarkable to look at in Hanuman Dhoka. 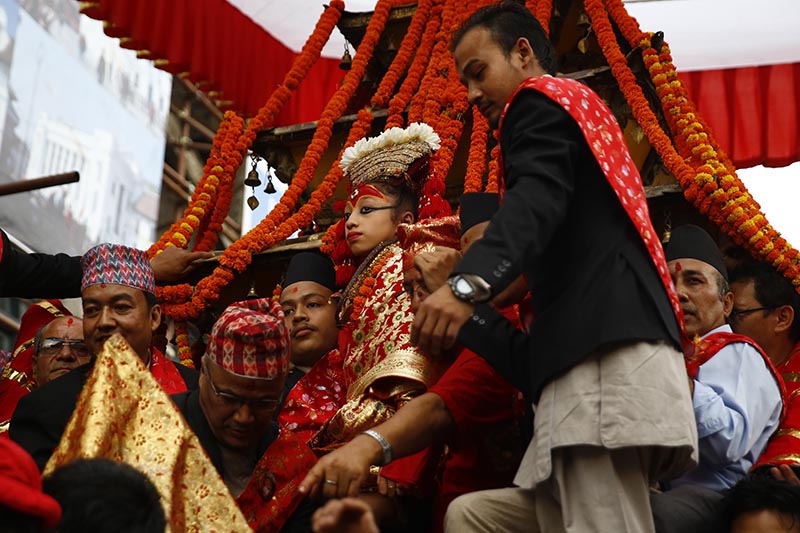 Besides these, there are various dances held on the open stages of the city called dabu. There is display of Swet Bhairava as well as various deities of the city.