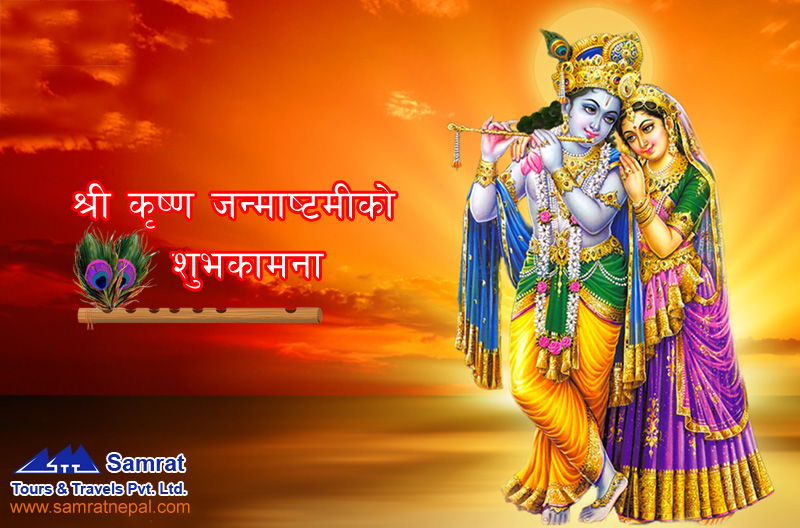 Lord Krishna is regarded as the 8th avatar or ‘incarnation’ of Lord Vishnu. Krishna belonged to the Vrishni clan (yadu vansa) of Yadavas from Mathura. He was the eighth son of King Vasudev and Queen Devaki of Mathura. He was born exactly at midnight. His incarnation took place to end the ill doings of his wicked maternal uncle Kansa. He was biological child of Vasudev and Devaki, but he was brought up by Nanda and Yasoda Maiya. Krishna’s childhood is full of fun and love. His youth is romantic and example of love and friendship with Gopis and Gopinies. He was married to Rukmani. His beloved Gopini was Radha. Krishna has very important role in Holy Battle of Mahabharata. He was the Chariot Rider of Arjun. He was the main character who supported Pandavs against Kauravs to win the holy war. His holy advices are known as Bhagwat Gita, where he teaches Arjun about Dharma and Paap (Sin). He did not physically take part in the battle, but he was the heart and soul of Pandavs. The pandavs had never won the war without his help. 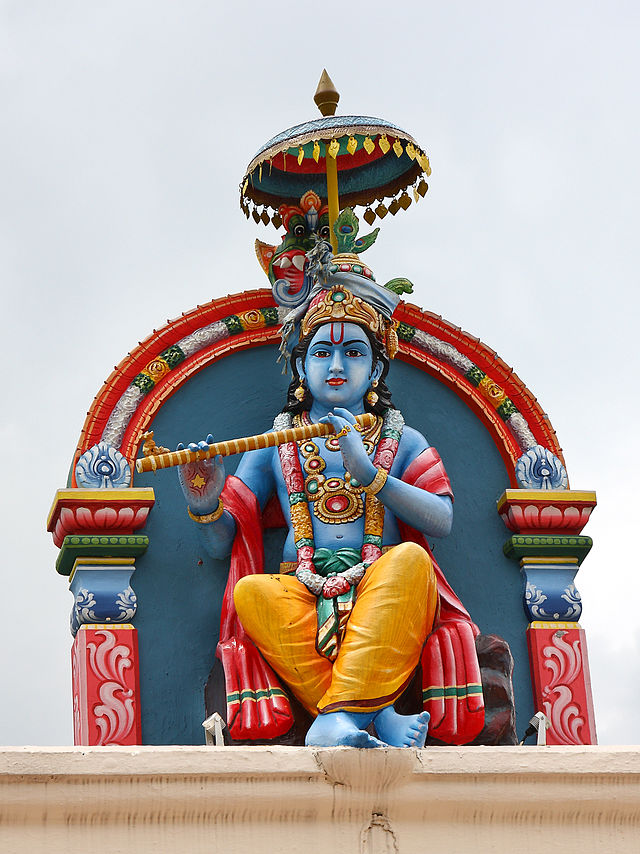 He is worshiped with so many names: Krishna, Murari, Hari, Gopal, Shyam, Nanda Lala, Makhan Chor and hundreds of other names. In fact, Krishna said “you just remember me, whatever name; I will be with you, if I know you are calling me”. He is named Krishna because he is Dark. Krishna in Sanskrit is Dark (Black). He is regarded as inventor of Basuri/Murali (flute). He was fond of playing flute. He always had flute in his hand. He played his flute in Brindhaban and Mathura. It is said, the vibration of his music is still floating in the environment of those places.

Why do we celebrate Krishna Jansathami

In Bhagavad Gita Krishna says, “Whenever there is predominance of evil and decline of good doings (religion), I will reincarnate again and again to end the evil and to save the Dharma (good)”. Krishna Jayanti is cel ebration of victory of good and Dharma over devil and bad power. We celebrate this day to to remember that when the pot of sin is filled, there is an end to the devil, God will come to rescue. Krishna Janmasthami reminds us those stories of battle between good and evil and tells us that the good always wins.

A glimpse of celebration of Krishna Janmasthami in Nepal

Krishna Janmashtami is celebrated all around the world by all Hindu; There is tradition to observe a fasting till midnight. They enchant Slokas from the “Bhagwat Gita” and sing religious songs (Bhajans). The temples of Lord Krishna are decorated and bhajans and kirtan are sung or played. The Krishna Mandir in Patan Durbar Square, Narayanhiti Krishnamandir and other temples of lord Krishna are the centers for festivities in Krishna Janmaasthimi. On Krishna Janmashtami numerous devotees flock to the ancient Krishna temple in old Patan Durbar Square to keep vigil through the glorious night of his birth. As they sit huddled together their bodies rocking in humble obeisance, the women chant the many names of the Lord,’Narayan, Narayan’ and Gopal, Gopal’. Some sing ancient hymns, others clap their hands, while some pray. Crowds of men and women edge their way slowly up narrow steps through the seated devotees to the temple’s dark interior to where the main idol stands. There they offer flowers, coins and food and wait for a glimpse of Krishna Janmastami festival at Krishna Mandir the idol. After the temple priest gives them ‘prasad’ they make their way home. 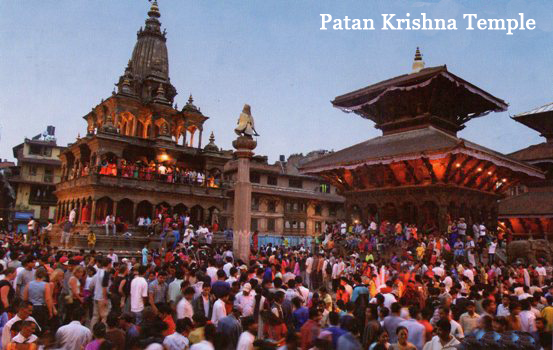 Beautiful cribs holding a small idol of the “Balgopal” (baby Krishna), the makhan chor, are installed in all Krishna temples. Krishna lila (drama) is performed during this festival.

God Bless We All.